In 2012, I participated in an illustration contest to create the cover artwork for an independent author’s first novel. The story was a supernatural fantasy set in feudal Japan featuring a samurai protagonist, and my goal was to create a cover that would stand out from the other entries, which were mostly done in high fantasy style. To reference the novel’s historical setting while remaining faithful to its atmosphere, I decided to mix Japanese ukiyo-e influences with surrealism for a decorative look. I worked in traditional media, using a blend of watercolor, ink, and colored pencils to achieve an effect similar to ukiyo-e. 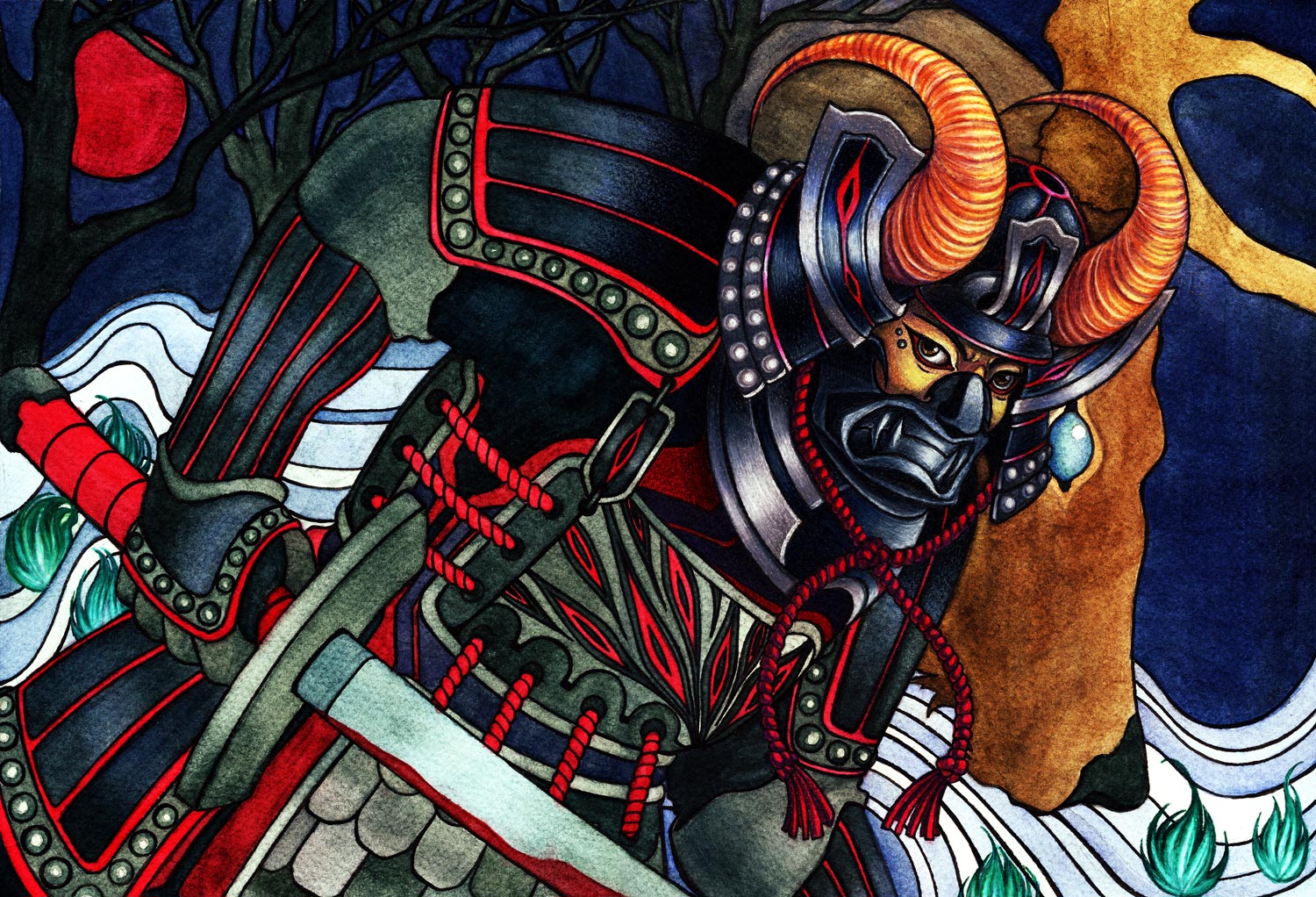